There are at least three connections with Jazz Alliance of Mid-Michigan members to a special show on June 1 in Lansing, and only one is playing music! 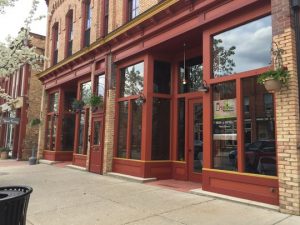 First, the venue, UrbanBeat Event Center, is owned by Terry Terry, a JAMM Founding Member and current 2018 member. He tells us he’s been wanting to use this space for years, as a jazz club, and other kinds of performances. Now, that’s a reality!

Connection number two on this is Elden Kelly, who will be performing with Dave Sharp Worlds Quartet on this evening, along with Carolyn Koebel, Igor Houwat, and Henrik Karapetyan. Elden is also a JAMM Founding Member and a local favorite among many members, as a guitarist, vocalist, composer and teacher.

The third connection is Candice Wilmore, JAMM’s current Secretary and the owner of a small company called Big Barn Productions. Some may recall the jazz shows she first started producing in the big red barn on Jolly and Okemos Roads, a few years ago. Big Barn is working on this June 1 show in the areas of public relations and promotion.

About this event, Candice says, “Whatever your concepts are of jazz, blues, funk or folk music, toss ’em out and come hear these unique and seriously talented players. You won’t be sorry.” 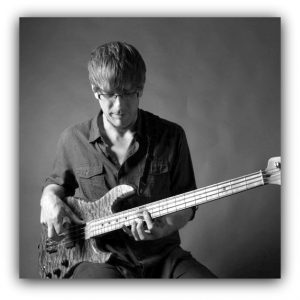 If you don’t know about Dave Sharp, the group’s leader, he was born in Detroit, Michigan where he was inspired by the city’s deep musical heritage. While studying at the University of Michigan, Sharp became deeply devoted to the study of jazz and improvisation. This led to a move to San Francisco where Dave studied with legendary bassist Herbie Lewis (McCoy Tyner, Cannonball Adderley, Les McCann) at the New College of California.

While living in San Francisco, Sharp performed in art spaces and venues like Cafe Du Nord and the Fillmore, and served as bassist and composer for the modern jazz ensemble the Spheres of Influence. After a brief tour of Japan, Sharp returned home to the Ann Arbor area of Michigan, where he continues to compose, record, engineer, teach and perform live.